Your Cart Is Empty

43% of California ALL HOME CONNECTIONS customers choose AT&T Internet speeds between 50 and 100 Mbps.

Limited availability in select areas. May not be available in your area. Call to see if you qualify.

Get Up to Speed with AT&T Internet

† Percentage is based on the number of AT&T Internet sales made with ALL HOME CONNECTIONS, an AT&T Authorized Retailer, between January 1, 2017 and July 31, 2018 and on the geographic service location provided at the time of the sale.

For the best experience, please provide the address where you want your internet service installed.

Why do you need my address?

Providing us with your exact address lets us know the internet services available at your residence, while providing just a zip code would just give us an approximation.

Get Your Riverside Home Connected with AT&T Internet

It may not be that close to Hollywood, but Riverside, CA—Inland Empire, represent!—has a storied film history of its own. With AT&T Internet, you'll be able to stream a wide variety of movies and TV shows, and see how Riverside's unique geographic characteristics and buildings have enriched the world of film since silent film icon Dorothy Gish set foot in the landmark Mission Inn in 1919's Boots.

Much of Riverside's filmic footprint centers around the Mission Inn location. A hotel and spa, the Mission Inn is the largest Mission Revival Style building in the United States, and due to its sprawling beauty and timeless style, it works as a setting in many time periods, including the early 20th century Wild West of Tell Them Willie Boy Is Here, the 17th century France of The Man in the Iron Mask, and silent-movie era Hollywood in The Wild Party. It's also a fine place to make a staycation special. Maybe you'll even occupy the same room Will Rogers did when he called it "the most unique hotel in America."

Other popular film settings in and around Riverside include Riverside International Raceway, shown in Grand Prix and The Love Bug, the UC Riverside campus, and the area's lush avocado and citrus groves. So sit back, fire up your favorite streaming service, and see the sights you know and love on screen.

Prices after discount with AutoPay and Paperless bill. Discount starts w/in 2 bills. AT&T may temporarily slow data speeds when the network is busy.

for 12 mos plus taxes and fees

∧Limited availability. May not be available in your area.  Call or go to att.com/internet to see if you qualify.

DIRECTV SVC TERMS: Subject to Equipment Lease & Customer Agreements. Must maintain a min. base TV pkg of $29.99/mo. Programming, pricing, terms and conditions subject to change at any time. Some offers may not be available through all channels and in select areas. Visit directv.com/legal/ or call for details.

HBO Max: Access to HBO Max is included with your HBO add-on subscription at no extra charge. Access HBO Max through HBO Max app or hbomax.com with your DIRECTV log-in credentials. Compatible device or browser required. Use of HBO Max is subject to its own terms and conditions, see hbomax.com/terms-of-use for details. Programming and content subj. to change. Upon cancellation of your video service you may lose access to HBO Max. Limits: Access to one HBO Max account per DIRECTV account holder. May not be stackable w/other offers, credits or discounts. To learn more, visit directv.com/hbomax. Minimum 3G connection is required for viewing on mobile devices. HBO MAX is used under license.

©2021 DIRECTV. DIRECTV and all other DIRECTV marks are trademarks of DIRECTV, LLC.  All other marks are the property of their respective owners.

ALL UNLIMITED PLANS: All AT&T wireless services subject to terms and conditions in the Consumer Service Agreement (att.com/csa). Other Non-Phone Device Monthly Charges: $20 per tablet, $20 per camera; $10 per wearable. If no phone line, first standalone non-phone device will be billed at phone single line pricing.  Advertised monthly price includes monthly plan charge for talk, text and data & monthly per-line phone access charge for access to such services.  OTHER RESTRICTIONS & FEES:  Activation/upgrade fee per line (up to $45) & deposit may apply.  AUTOPAY & PAPERLESS BILL DISCOUNT: Monthly discount off plan charge ($10 per phone line) when account active & enrolled in both. Discount starts w/in 2 bill cycles. Credit card may be required (except for MA, PA and ND). Pay full plan cost until discount starts. UNLIMITED DATA: For use in the United States (the “Domestic Coverage Area” or “DCA”), Mexico and Canada. 2G off-net data speeds may apply. All AT&T service is subject to AT&T network management policies. See att.com/broadbandinfo for details. UNLIMITED TALK: Phones only. Includes calls w/in and between DCA, Mexico & Canada. You may be charged for calls to special or premium service numbers and calls to other countries For rates, see att.com/worldconnect. UNLIMITED TEXT: Compatible phone and rate plan required. Includes unlimited messages up to 1MB in size within and from DCA, Mexico and Canada. For texting to other countries, see att.com/text2world. Messages sent through applications may incur data or other charges. Advanced Messaging: Not available for use in Mexico and Canada. Other restrictions apply & can be found at att.com/advancedmessaging. 5G SERVICE: Requires a compatible 5G device. 5G service is not available everywhere. See att.com/5Gforyou for details. LIMITS: Select devices only (sold separately). Max 10 devices/plan. AT&T Wireless Internet, select Wireless Home Phone devices, dedicated mobile hotspot devices, and select laptop air cards are not eligible for these plans. ADDITIONAL MONTHLY FEES & TAXES: Apply per line & include Regulatory Cost Recovery Fee (up to $1.50), Administrative Fee ($1.99) & other fees which are not government-required surcharges as well as taxes. Additional one-time Fees may apply. See att.com/mobilityfees for more details.

AT&T UNLIMITED ELITE® PLAN: Phones only. VIDEO STREAMING: Includes Stream Saver feature which streams higher definition video in Standard Definition (max 1.5 Mbps) on compatible devices. Feature will not recognize all video content and may affect the speed of video downloads. To enjoy higher definition video when available, you can turn it off or back on at any time at att.com/myatt. Streaming/video resolution vary, are affected by other factors and restrictions apply. Details at att.com/streamsaver. ActiveArmorSM advanced security Compatible device required. You must download the AT&T Mobile Security app and AT&T Call Protect app and accept their terms and conditions for full App functionality. May not detect all threats. May inadvertently block wanted calls; settings can be adjusted in the App. Identity Monitoring: May not detect all compromises or leaks of your personal data. Safe Browsing: May not detect all suspicious websites. Details at https://www.att.com/security/security-apps/. MOBILE HOTSPOT: Requires compatible device. Includes up to 40GB per line per month. After 40GB, mobile hotspot speed slowed to max of 128Kbps for the rest of bill cycle.  After this, mobile hotspot data usage will be impacted and not fully functional.

HBO MAX: Access HBO Max through HBO Max app on compatible device (sold separately) or on hbomax.com using compatible browser with your AT&T log-in credentials. New AT&T customers: visit att.com/myatt to create your account and obtain log-in credentials. Use of HBO Max is subject to its own terms and conditions, see hbomax.com/terms-of-use for details. Programming and content subj. to change and benefit may be modified, discontinued or terminated at any time without notice. LOST ELIGIBILITY: Upon cancellation of eligible wireless plan you may lose access to HBO Max. LIMITS: Access to one HBO Max account per AT&T account holder. May not be stackable w/other offers, credits or discounts. To learn more, visit att.com/hbomax. HBO MAX is used under license.

All offers, programming, promotions, pricing, terms, restrictions & conditions subject to change & may be modified, discontinued, or terminated at any time without notice. 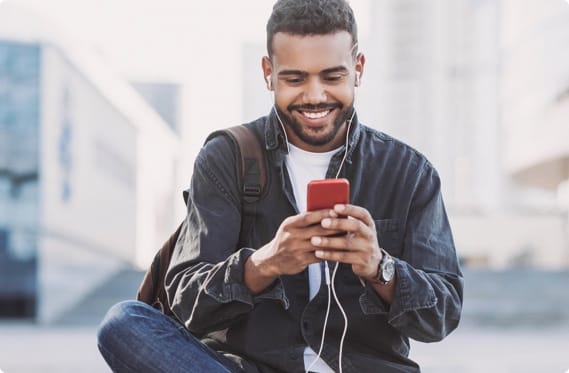 With AT&T 5G, it’s not complicated. You’ll get fast, reliable, secure 5G that’s available nationwide. Plus, both new and existing customers get our best deals on a wide variety of 5G smartphones, and all our unlimited plans include 5G access at no extra charge. Discover what AT&T 5G can do for you today.

AT&T may temporarily slow data speeds when the network is busy.

Looking for an AT&T Store Near Riverside?

Enjoy AT&T Services in These Other Cities: