Before you resign yourself to a life of Ben & Jerry’s and Netflix, have hope: online dating is alive and well in (some parts) of the nation.

Let’s face it, times have changed. The likelihood of running into your soulmate grocery shopping or locking eyes across the dancefloor is slim at best. Creepy Guy waiting to make his move on Aisle 3 might say otherwise, but online dating has its perks—and, depending on where you live, might just lead to your happily ever after.

It turns out where you live has lots to do with online dating success. (If you live in a state with more cows than people, it might be time to mooove). Lucky for you, our team at All Home Connections looked into which states use which online dating apps the most, so you can get swiping, liking, and posting! 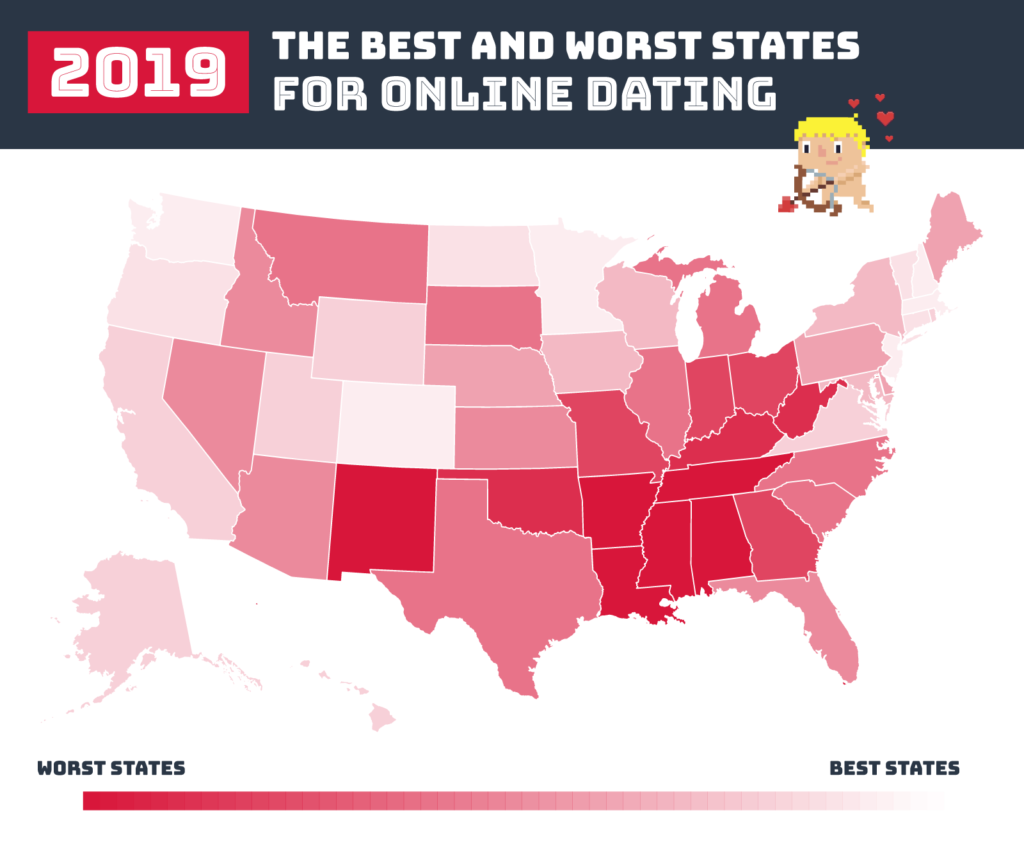 The Method to Our Madness

We looked at nine different metrics split into three categories: Safety, Demographics, and Opportunity. Each metric was ranked, then ranks in each category were averaged. We then weighed the average rank for each category and added for a final score out of 100:

Get online and meet your soulmate (and count on reliable AT&T Internet for the best experience possible).