If you’re reading this, you’re probably in a committed relationship with the internet. It’s there with piping-hot notifications when you wake up, it dries your tears with lolable memes, and it tucks you into bed with the soothing sounds of ASMR videos.

We decided to do a little digging to figure out which states were the most obsessed with the web. Find out below if you live in a state that is #obsessed. 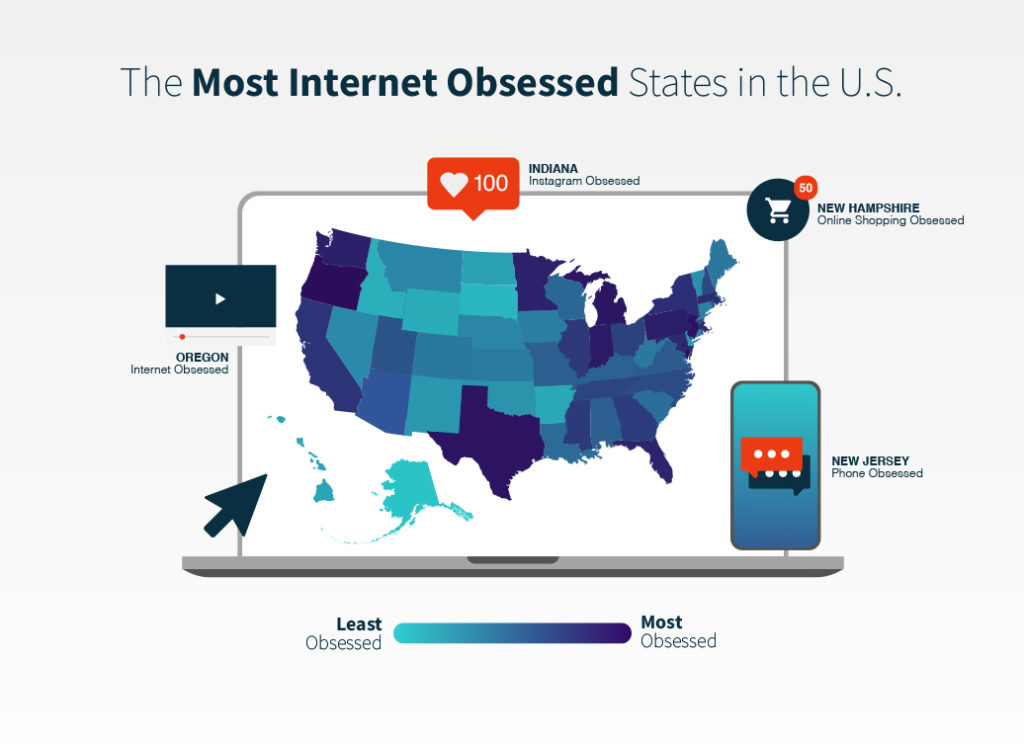 In addition to the full results listed above, we also found a few fascinating details.

The Ten Most Internet-Obsessed States

Now, you might be wondering why an internet provider is reporting on “internet addiction.” While we love the internet as much as the next true-crime podcast enthusiast or social media influencer, sometimes it’s nice to take a break and unplug for a while.

If you live in one of the most web-obsessed states, keep posting those selfies—just remember to internet responsibly. 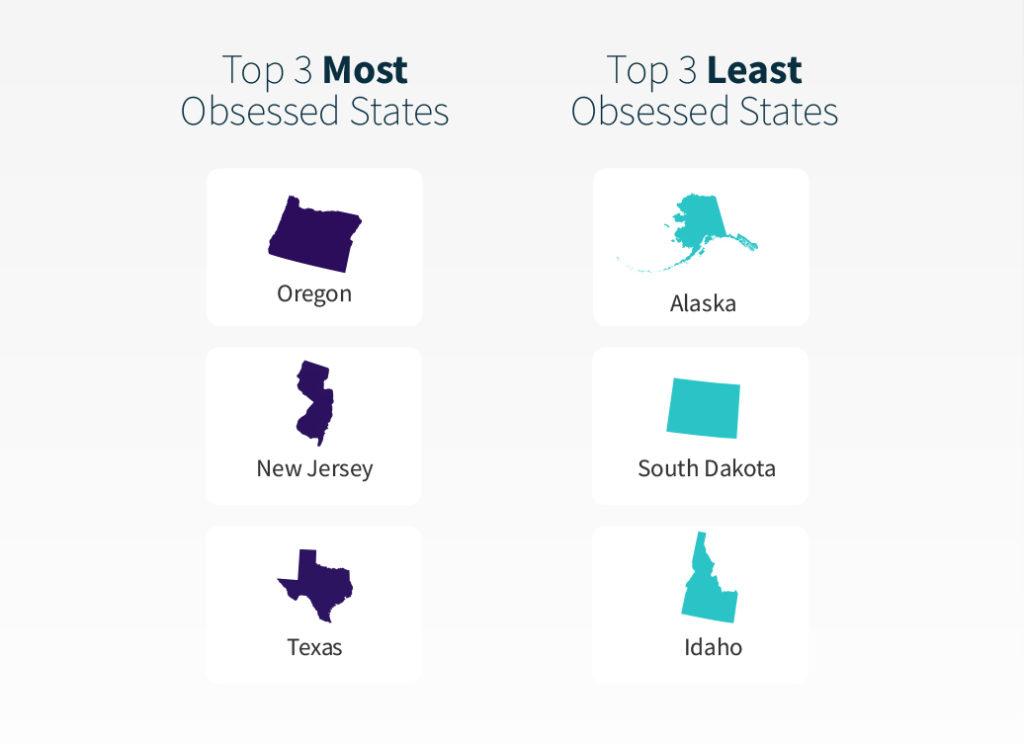 Our rankings were determined by five different factors:

States with a higher score are more likely to be heavy internet users. While this study can provide interesting insights about different states, it’s not meant in any way to provide clinical or professional insights.

(Most to Least Obsessed)