Here’s “the situation”: the official Jersey Shore reunion is happening April 5, and you won’t want to miss it. We’re talking Snooki, JWoww, Pauly D, Mike Sorrentino—all your favorites reunited, just a little older and a little less orange. The long-anticipated reunion premiers on MTV, so you can tune in with DIRECTV and watch every episode live or recorded.
With all this excitement, we at All Home Connections got curious. Since its opening in 2009, which Jersey Shore guido or guidette has the biggest social media following? Which cast member is most popular in each state? And who’s net worth is highest? Using Google trends data, social media numbers, and a little extra digging, we found the answers.

Turns out Snooki’s popularity only grew bigger as her hair poof got smaller. At 28.8M followers on various social media platforms, she comes in at #1 on the Jersey Shore popularity contest. JWoww comes in second with 18.5 M followers (she has two kids now, and even ran a successful show with Snooki), and Angelina Pivarnick last with 232K. 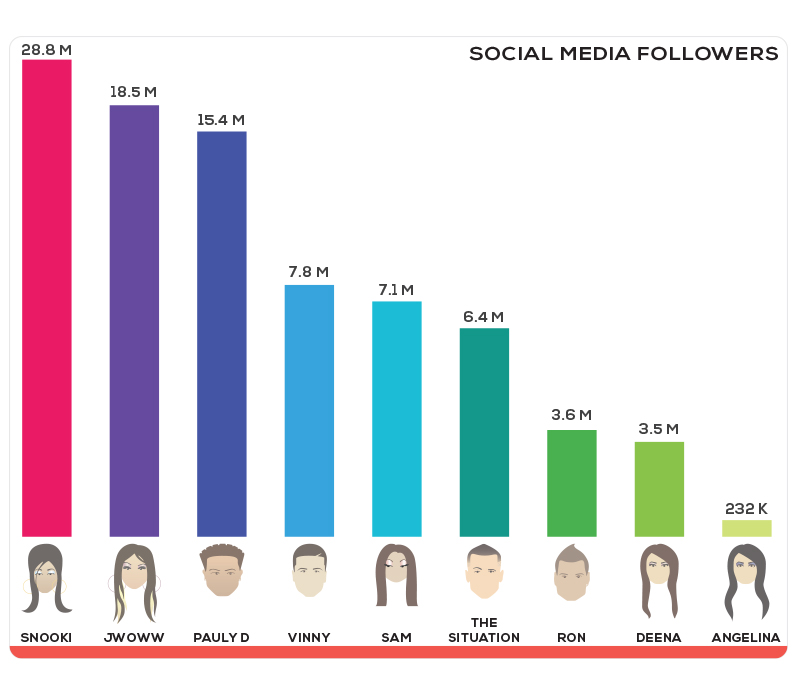 When it comes to search volume, Ronnie Ortiz-Magro is the most searched of any contestant in 13 states, possibly because of his mysterious absence from several group filming events. His counterpart Samantha “Sweetheart” Giancola, the only cast member to opt out of the reunion, is most searched in 6 states. Snooki ranks second with the highest search volume in 12 states, but Deena Nicole Cortese only tops one state (Mississippi, if you were wondering), and Angelina none. 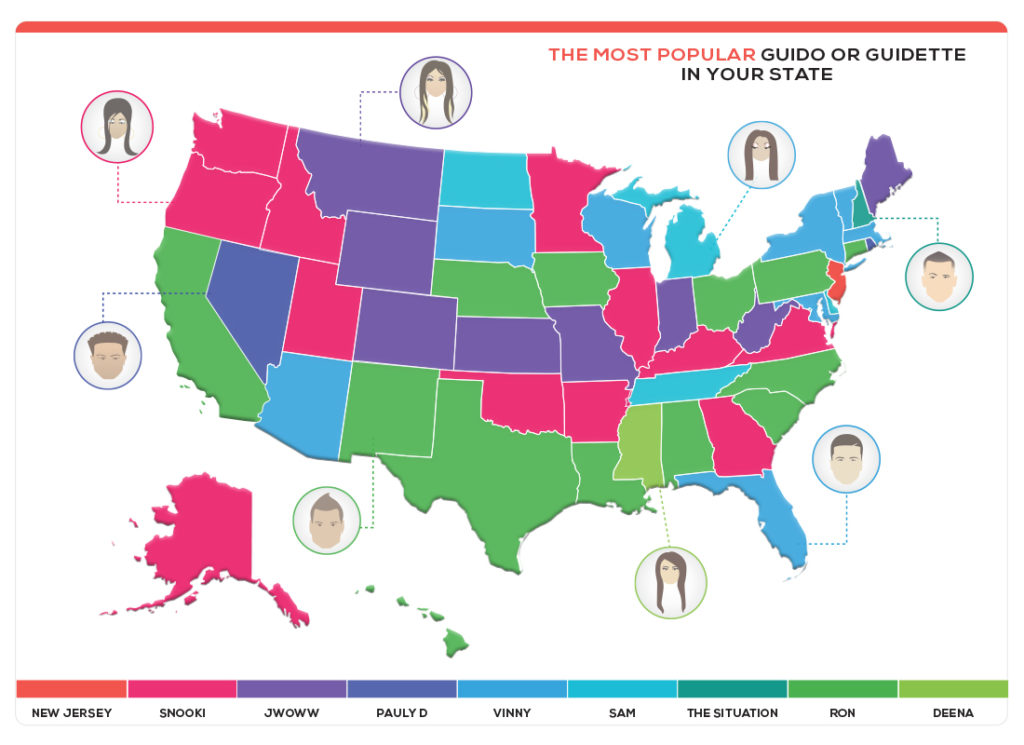 When it comes to overall net worth, 37-year old Pauly D takes the cake at $20 million. He’s still a thriving DJ today, and even opened for a Britney Spears tour. The rest of the cast is worth around $4 million or less—Snooki alone jumped from earning $2,200 an episode to $150,000. Mike “The Situation” comes in at a mere $300,000 however (he got himself into some tax trouble and battled addiction). 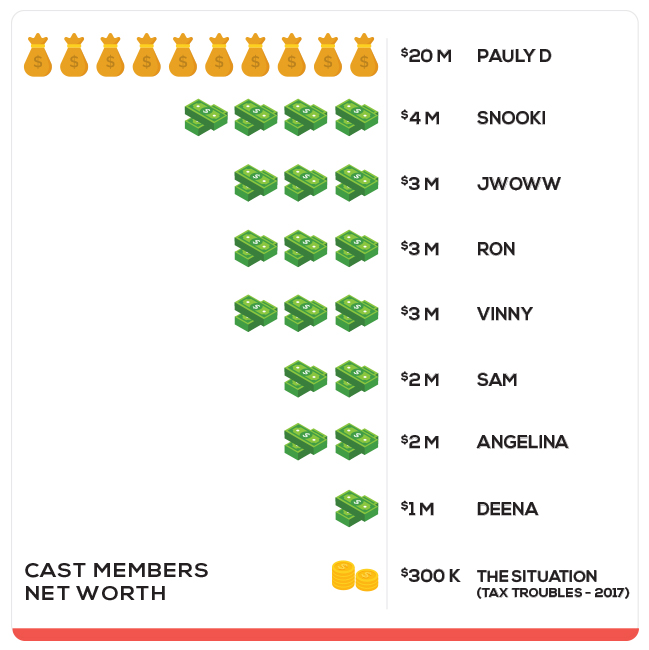 What we’re all really wondering is just how much the cast has changed—if they’ve even changed at all. One thing’s for sure—no matter what happens, you know it’s gonna be FTD (Fresh To Death). Check out our data, see which character is your state’s favorite, and then tune in on MTV through DIRECTV and watch the drama unfold for yourself.